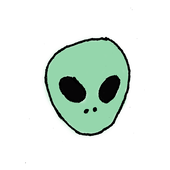 ​Is my pussy white enough
To allow myself desire or
Hatred? This hemisphere
Of chin hair reflected
In a mirror. I
Sat and thought about
Loving as if the mere
Thought were enough to get
Me going. Politically
These are asexual times.
I thought about loving
But a black person
Didn’t get a job yesterday:
A black person was the only
Cop convicted of killing someone. What makes
The heart stop beating?
How does love end?
A black president ends
His term in office:
Whiteness reigns.
I sat there as if
I was doing something
Useful. As if I was
Running for congress.
As if I was marinating
The turkey the night before:
This is what it is to be America:
In front of whites
Cutting myself. This is
How the body turns
Itself off: Texting for
Candidates, knocking on doors,
Running away in fear.
I thought then
Of having a conversation.
Discussing how Baltimore is
An artist’s city or
The victim of crooked
Politicians. That is the end
Of an idea, the end of a date.
Leela Chantrelle can occasionally be called a poet but always called a reader. She lives in Los Angeles and is currently pursuing an English PhD at the University of Southern California. She launched her chapbook, Leading with a Naked Body co-written with poet and mentor, Lyrae Van Clief-Stefanon in 2019. Her work can be found in The Menteur, Sundog Lit and Rattle Magazine among others. In her spare time, she watches an obscene amount of television and muses on Black freedom.